Patti grew up in Forest Lake and is a proud graduate of Forest Lake High School.  Patti and her husband, Doug, have lived in Dellwood for the last 14 years.  Three of their children graduated from Mahtomedi High School.

Patti has had a long career both inside and outside the public realm.  From 1991 to 2002, she served as Mayor and Councilmember in the city of Eagan where she was named “Best Mayor” in the Twin Cities by City Pages.

A successful businesswoman, Patti started and later sold her company after being elected Minnesota’s 17th State Auditor in 2002.  By then, the company had grown to over 75 employees.  She was an active and outspoken State Auditor – “The Taxpayer’s Watchdog” – and received numerous recognitions and awards for both her business and public service.

In 2007, Governor Tim Pawlenty, nominated her to serve as the Commissioner of the Department of Employee Relations – a department she eliminated in 2008.  According to one biography “She is perhaps the first Commissioner in Minnesota history to intentionally work herself out of a job in order to promote greater efficiency in government.”

Patti later served as the President of the Minnesota Free Market Institute where she led the organization to be Minnesota’s premier free market think tank at the time.

Patti reentered the business world in 2013 where she has built a successful chain of Twin Cities salons that survived the covid shutdowns and currently employ almost 100 people.

After graduating from Forest Lake High School, Anderson earned her B.A. degree in International Relations/Political Economy from the University of Minnesota and her M.A. degree in Public Administration from Hamline University. 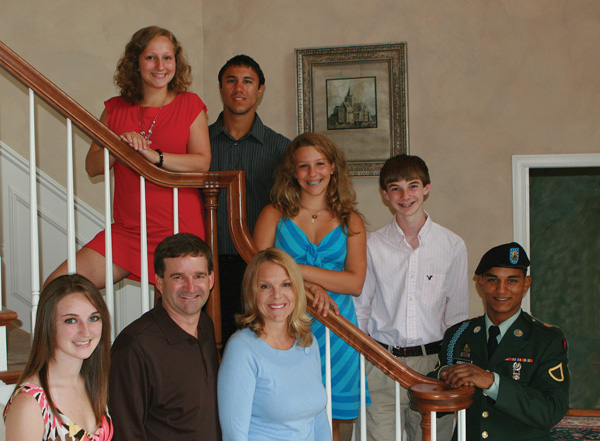 Patti and her husband Doug have six children.